We provided survey participants with a list of 15 metrics and first asked them to rate each metric’s importance on a scale of 1 to 10. Figure 1 shows how respondents rated the importance of 15 key metrics. The 15 metrics we listed in the survey support one of three legal department objectives: While all the metrics are rated as important, the most important metrics are those used for assessing financial goals. 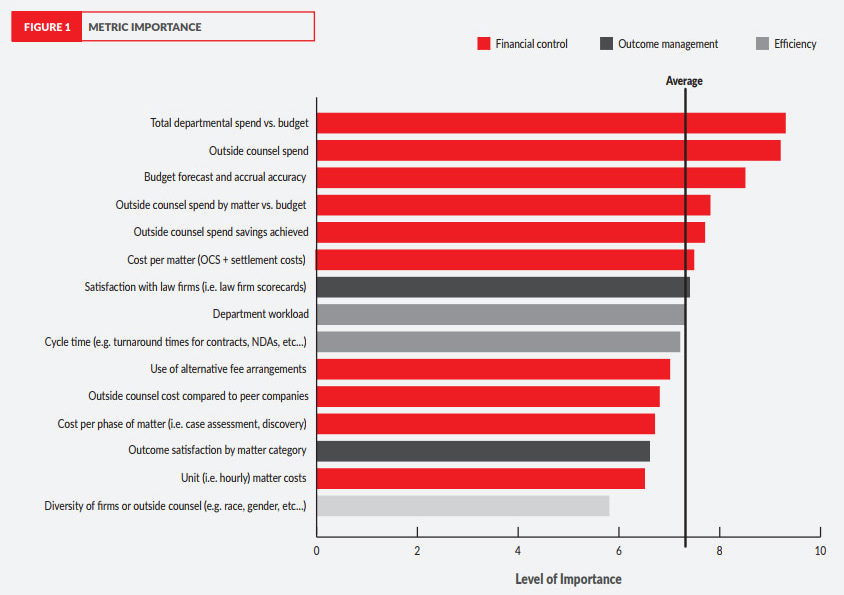 Next, we asked respondents to rate their satisfaction with their ability to report on the various metrics, As seen in Figure 2, legal operations professionals report being relatively satisfied with their ability to report on most financial metrics, although they are less satisfied overall with reporting abilities. In comparison to the metrics’ importance, where the average is 7.4/10, reporting is not satisfying the needs of legal operations professionals with an average satisfaction rating of 4.9/10. 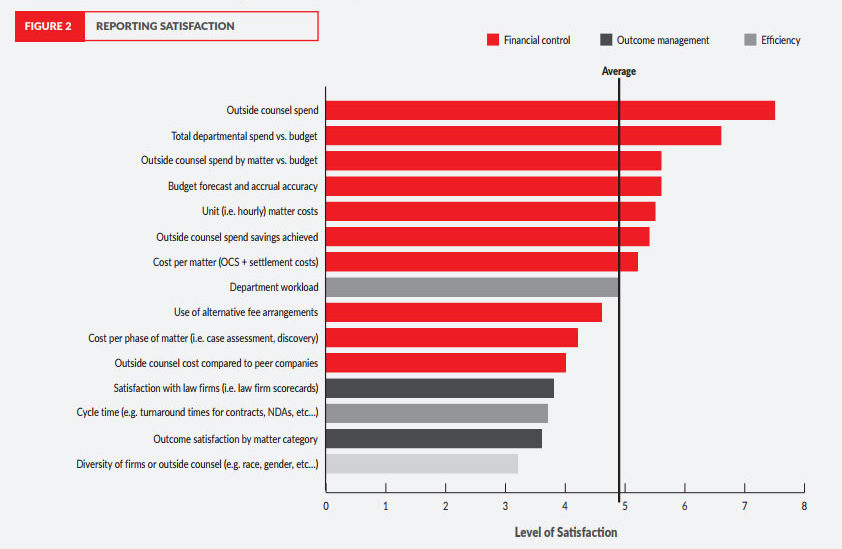 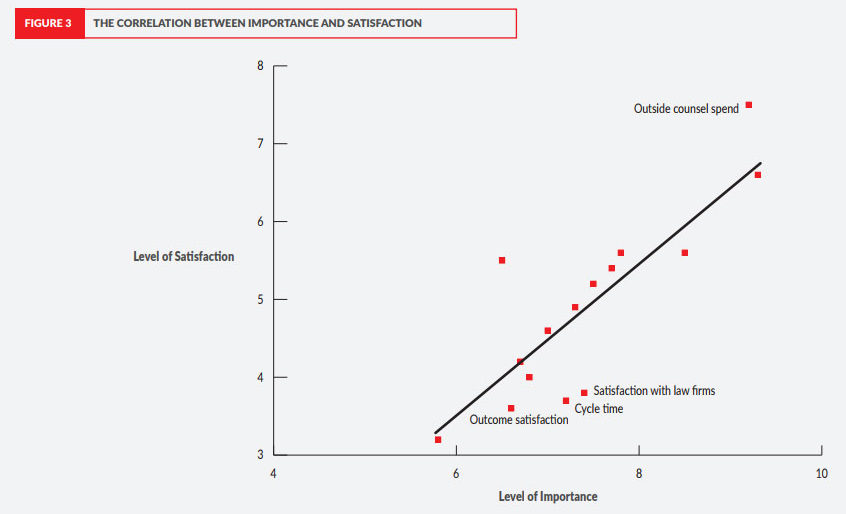 Another way we analyzed the survey data was to break down each response into the percentage of individuals who gave the metric a high score (8-10), a moderate score (4-7), or a low score (1-3). Figure 4 shows that more than 50 percent of respondents believe that nine of the metrics are highly important but the percentage who report a high level of satisfaction in the ability to report those metrics is much lower. The gap is especially high for two metrics: 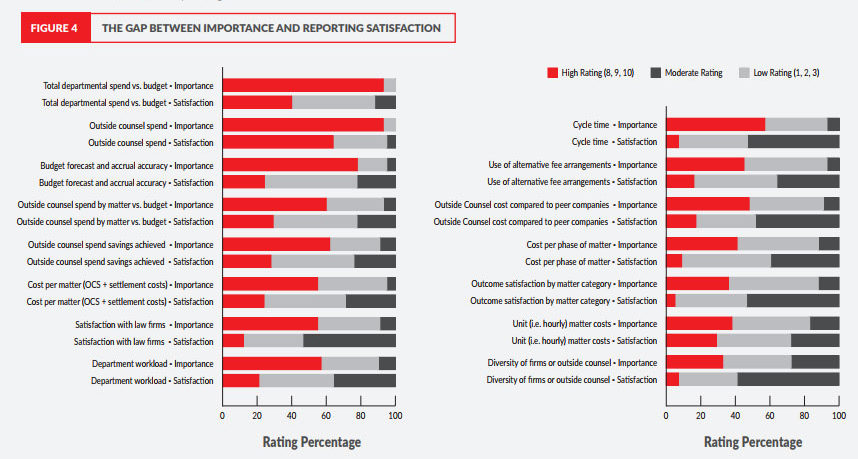 Our survey results show there is a lot of work involved with collecting and reporting on metrics, with respondents indicating there is very little automation on critical metrics. 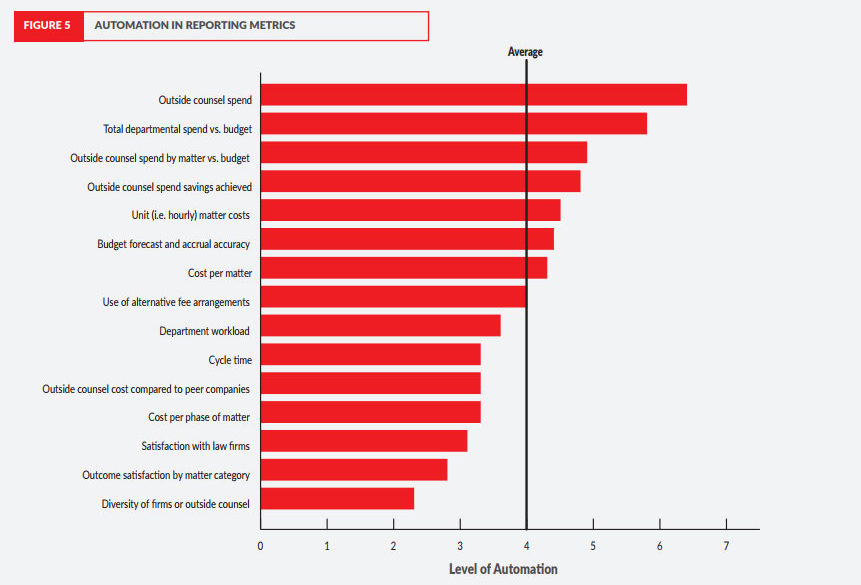 In addition to asking the survey participants to rate the 15 metrics we provided, we also asked them to name other metrics they believe are important. Figure 5 includes some of the metrics that the respondents suggested. 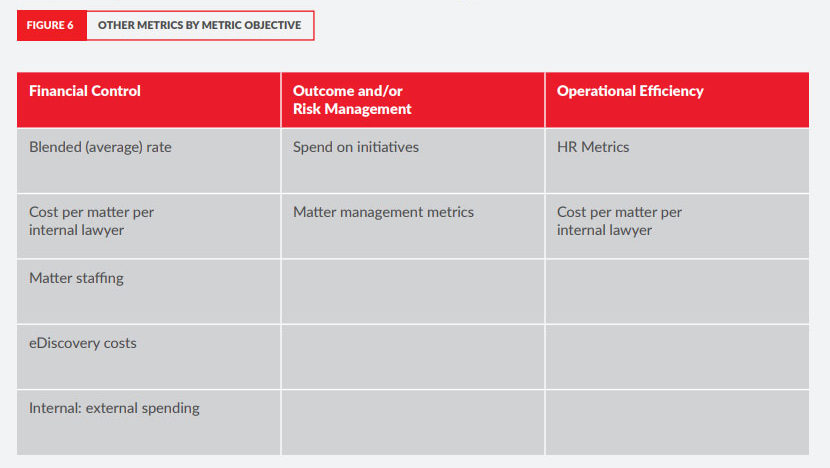