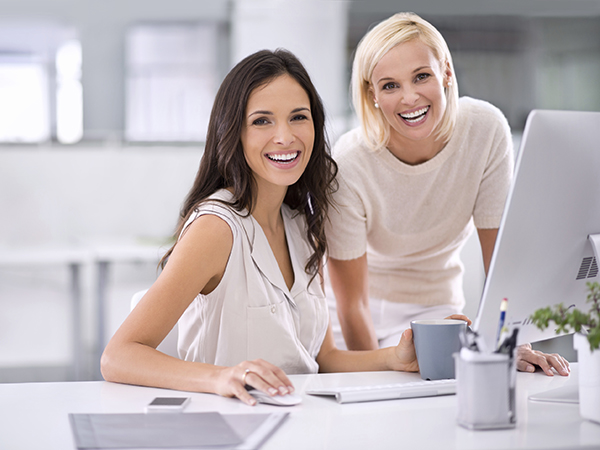 Solo attorney Larissa Zubac and her colleague, paralegal, Tanna Meyers, are not unlike many working legal professionals—they are also working mothers.

Ms. Zubac successfully operated her own solo law firm, Zubac Legal, PLC, out of her home office for several years. However, after five years in practice, she realized she needed additional outside help to manage the growing workload. To do this, she hired Tanna Meyers, an acquaintance she knew from working on previous cases, as a paralegal for the firm.

As working mothers committed to balancing both their hectic work and personal schedules, they brainstormed how they could continue to work together and service the firm’s clients in a virtual workplace.

“We’re both moms and we both want to do this and we still want to do the job, but we don’t want to have to sit at a desk nine to five, five days a week,” says Ms. Meyers. “We knew we wanted to do something virtual and we needed to figure out how to create that.”

Once they decided to make running a successful virtual law practice a reality, they began looking online for viable solutions. After conducting extensive research, Ms. Meyers stumbled on several YouTube videos and testimonials for the LexisNexis Firm Manager software. The videos explained how the software’s features work and Ms. Meyers thought the software seemed like a good fit for the firm.

“Larissa basically told me to pick what I wanted, since I’d be the one using it the most. Firm Manager just felt like the right choice,” Ms. Meyers says.

Fast forward to present day and Ms. Zubac and Ms. Meyers couldn’t be happier with their decision. According to Ms. Meyers, the Firm Manager software not only allows them the ability to work remotely, but since implementing the technology, the law firm’s processes have improved.

“At first we kind of just threw everything into documents and it was hard to sort through, says Ms. Meyers. With Firm Manager I can scan and save a document and label it with a date. That way I can look at, ‘Okay, we’ve got seven letters from Attorney so and so in here. This is the one I want.’”

Another aspect of the software they both value is the ability of the Firm Manager calendar to automatically sync with their Google calendars and the tasks list, which helps Ms. Meyers keep Ms. Zubac apprised of key to-dos on a timely basis without inundating her with a flood of separate emails. In addition, the dashboard feature indicates un-invoiced amounts by matters, which Ms. Meyers can bring to Ms. Zubac’s attention, as needed.

“I like that if I click over there while I’m talking to a client, I can say ‘Oh, you know, you might want to get another payment in soon because it looks like there’s going to be some new billings coming,” adds Ms. Meyers.

Ms. Meyers and Ms. Zubac often run into colleagues and other legal professionals who have trouble envisioning how to run a successful virtual law firm. However, the pair tells them it can be done, especially when you have the right tools in place to manage the practice.

In the end, they both agree that the biggest value to working in a virtual law office is the freedom they have to better manage their professional and personal lives.