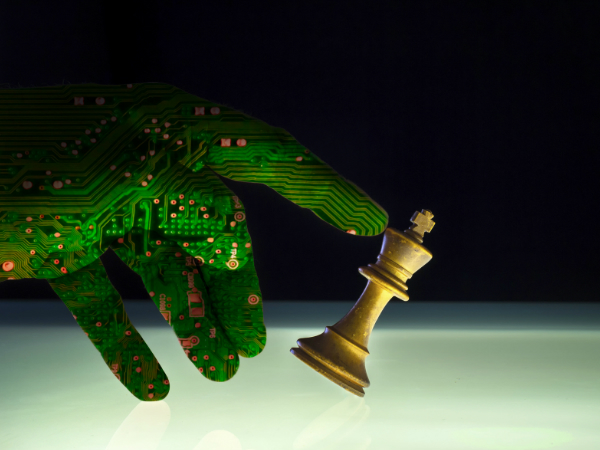 Whatever made you successful until now could also be the biggest threat to your future, warned the opening keynote speaker this week at ILTACON 2016.

“What’s happening now is the beginning of a new chapter in the tale of transformation,” said Mike Walsh, CEO of Tomorrow, a global consultancy on designing business for the 21st century, which advises leaders on how to thrive in an era of disruptive technological change. “If disruption set the stage for the reinvention of technology, then transformation is the journey we’re being called toward.”

In his keynote address, “Re-Imagining Legal Technology for the 21st Century,” Walsh challenged the ILTACON audience with three big ideas they can take home with them to assess how effectively they are transforming their organizations in light of the way that disruptive technology is reshaping the legal market.

Question #1: “How will the next generation influence the future we know?”

“The young children in our world today will be the first generation partially raised by artificial intelligence,” said Walsh. The implications for the future are widespread, but one of the more sobering realities for the legal community is that tomorrow’s workforce in our industry will be shaped by people for whom revolutionary technology such as Artificial Intelligence and Wearables will just be part of everyday life. “The most cutting-edge technologies today first found mass adoption through their use in toys,” said Walsh. “This is a wake-up call for anyone involved in professional services because we now need to re-imagine, redesign and re-invent our technology platforms. And we don’t have much time.”

Walsh noted that the most disruptive changes we’re likely to see in the legal industry will be led not by law firms themselves, but by their clients. In preparation for his ILTA keynote address, he interviewed Mary O’Carroll, Google’s head of legal operations. “I learned a lot from Mary about how Google has decided to try to re-invent the legal function,” said Walsh. “One thing I discovered is the power of machine learning to . . . allow internal clients to get answers to many routine transactional queries.” Walsh noted that Google is keenly interested in seeing their legal partners also embrace this movement toward automation of routine legal tasks. “Designing a 21st century law firm means building an organizational operating system that allows your people to thrive,” advised Walsh in his presentation slides. “Hire for agility, build more social workspaces, rethink your communications and use data to hack your culture.”

Question #3: “How Will AI, Algorithms and Automation Impact the Legal Profession?”

“The key challenge for any leader in the 21st century will be re-inventing themselves to manage in an environment of AI, automation and real-time data,” said Walsh. “Embracing the future means challenging everything we know to be true.” Walsh pointed to the example of DoNotPay, an AI “chatbot” that disputes parking tickets, which has overturned 160,000 fines in just a few months. “None of this is particularly good news for members of the legal profession because it’s showing how transformative the application of simple technology may be,” he said. But he encouraged ILTACON attendees to think less about whether algorithms and automation will replace lawyers and rather what a 21st century lawyer ought to look like. For example, explore how we might use real-time data and visualization tools, observe how new sources of data can create value in the future, and think about changes to clients’ decision-making process.

ILTACON attendees agreed that the new era of disruptive technologies in the legal space creates an opportunity for the creation of agile, innovative eDiscovery software tools that put litigation teams in a position to thrive. One example is Lexis DiscoveryIQ, a fully integrated enterprise eDiscovery software platform developed by LexisNexis and enhanced by Brainspace Corp. This new technology disrupts the traditional linear review model, from PreDiscovery to production, by rethinking the role of early case assessment and providing powerful analytics throughout the eDiscovery process.

ILTACON is a four-day educational conference that draws on the experience and success of professionals employing ever-changing technology within law firms and legal departments. Next week, we’ll recap highlights from one of the sessions that generated buzz about how future technology will affect litigation support functions.

This post is by Daryn Teague, who provides support to the litigation software product line based in the LexisNexis Raleigh Technology Center.